How to Update Devices and their Descriptor files

If opening an existing project and now the device has a red question mark icon, the device descriptor file has been updated and the software isn't seeing the previous file from the prior version the project was built with.

Example: Updating from 1.2.0 to 1.2.1 there was an update to the PAC descriptor file. This isn't common when new versions of the software will be released but may happen when new features are being added.

To update the project, right-click on the device and select "Update Device..." (see last screenshot below).

When this happens, the software notifies users the libraries aren't installed when the project is loaded as shown below: 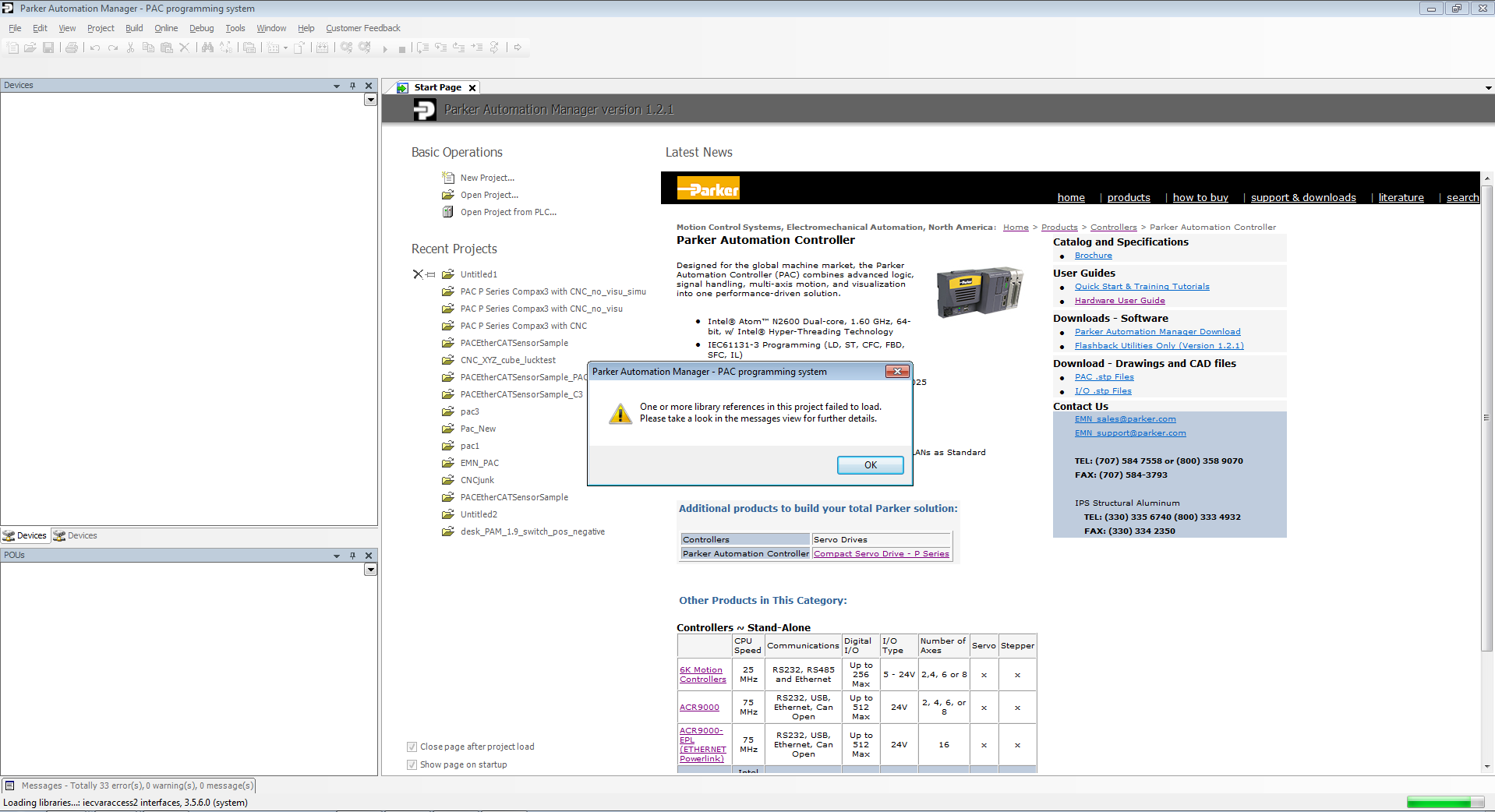 And the device icon has changed to a red question mark as shown: 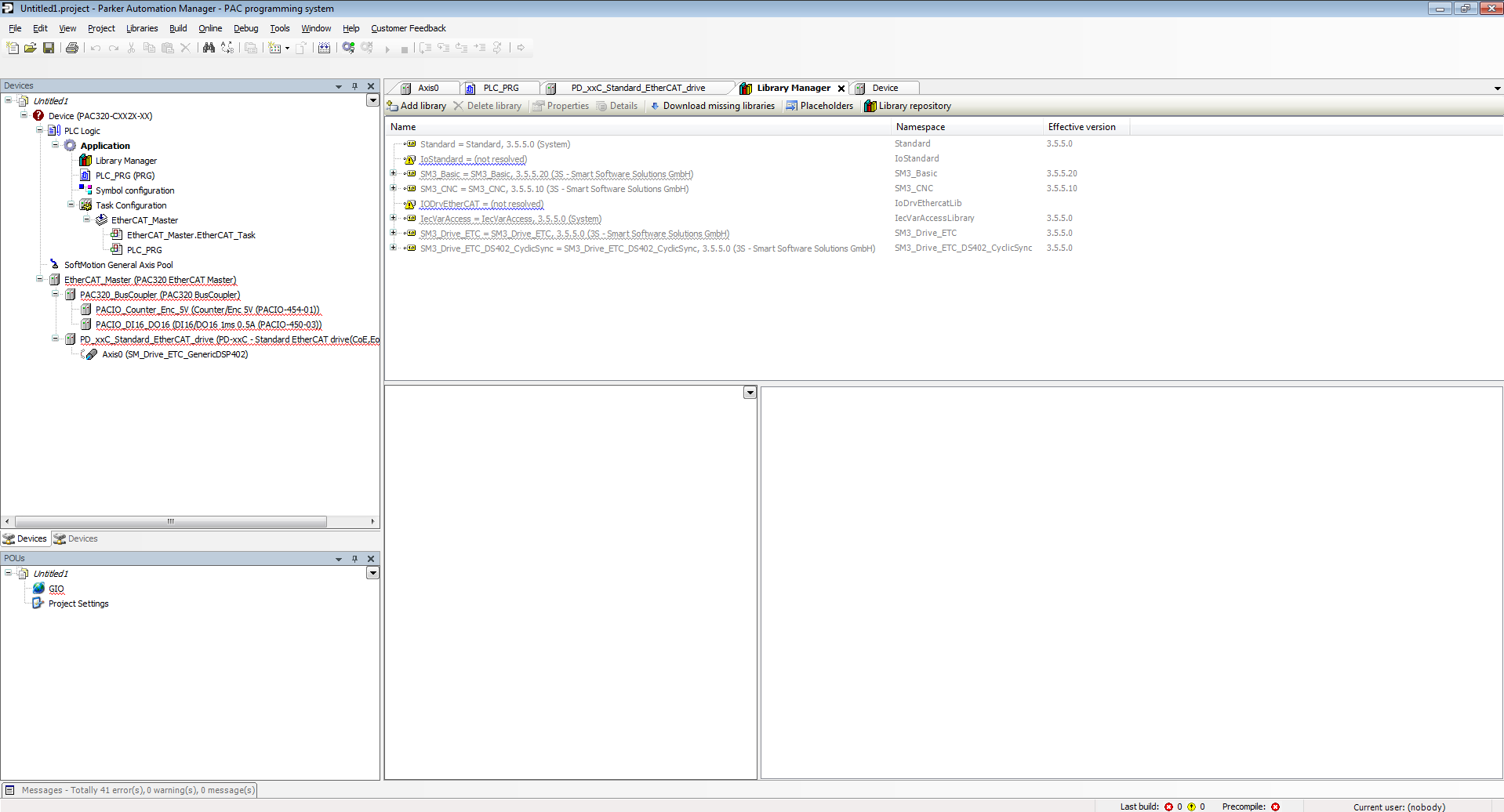 To update the project, right-click on the device and select "Update Device..." as shown below: 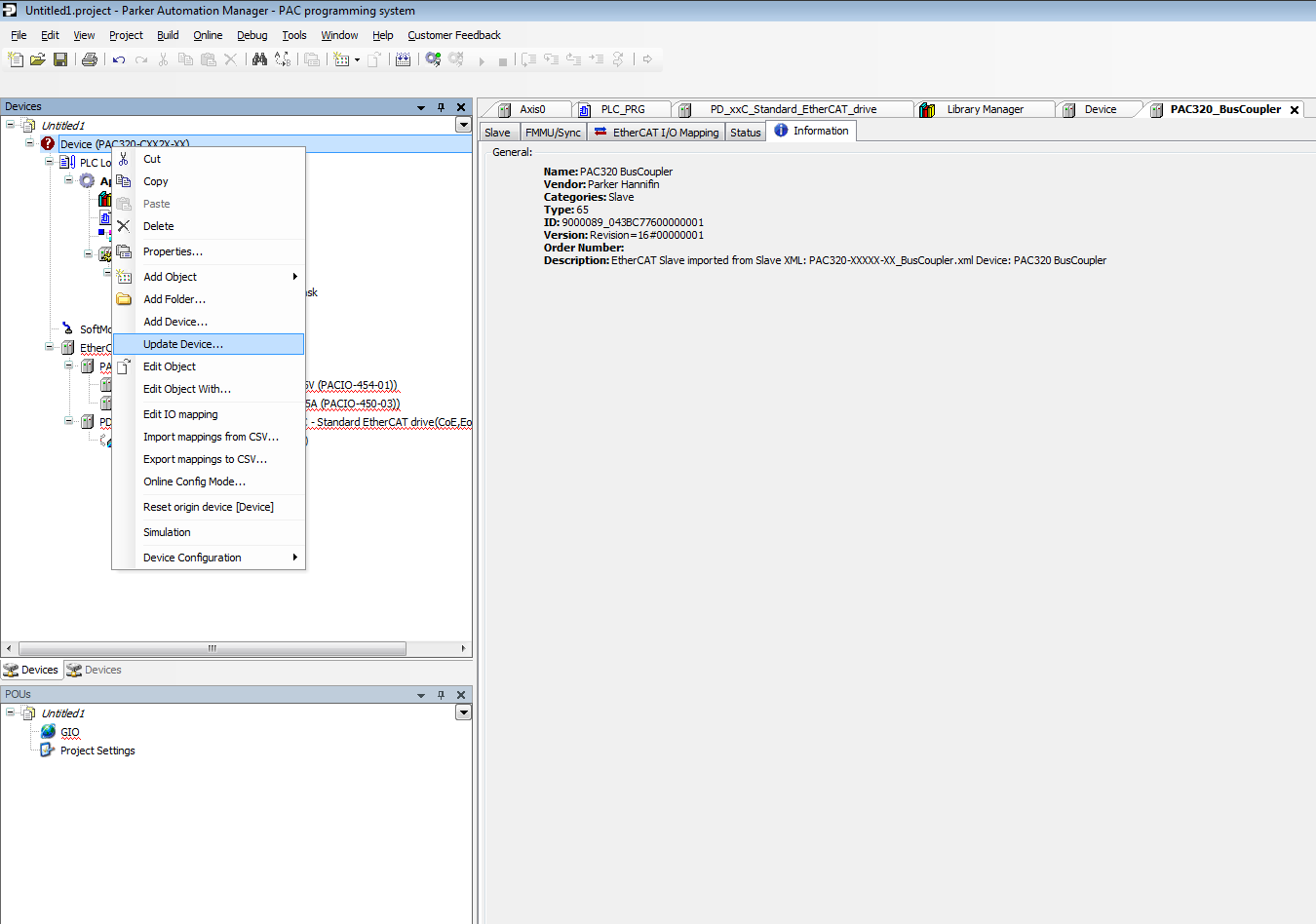 After an update to the software, the flashback utility will need to be run to update the OS on the PAC's SD card.  This utility is installed when a new version is downloaded and installed.

As the project's device descriptor needs to be updated, users must update the Project as well through the PAC software (see the "Upgrading a PAM project FAQ"); uncheck the Preserve Project Folder. 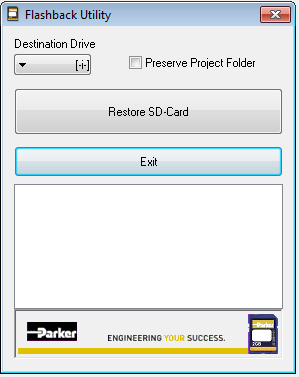 If opening an old project archive in a new version of PAM, the updated device description would be installed on the old project.