When the GVL or ENUM file is first created, Parker Automation Manager will automatically add a new precompile directive {attribute 'qualified_only'} as the first line.  This precompile directive causes the pre-compilation syntax check to expect the full variable "declaration path" (aka - namespace) in all references to the variable rather than simply the variable name itself as in the previous versions.

Without the explicit namespace the compiler will do its best to resolve which instance to use but clearly this could lead to the wrong instance being used.  Good programming practice is to explicitly reference each variable with its namespace and not simply the variable name itself unless it is truly just a local variable.  This is also a good way to differentiate external variables from a local one when debugging and supporting code later on.

This pre-compile error is more of a warning than a functional error.  You can still complete the code generation, download, and run as before (assuming that your variables resolve correctly), in essence you can ignore this pre-compile error.  However, we recommend correcting the variable references to include the namespace for more robust code and supportability.

To get the environment to behave like it did in version 1.2.1 and 1.2.0 you can also delete this first line from the Global Variable List or Enumeration file and the pre-compile syntax check for this will not be utilized. 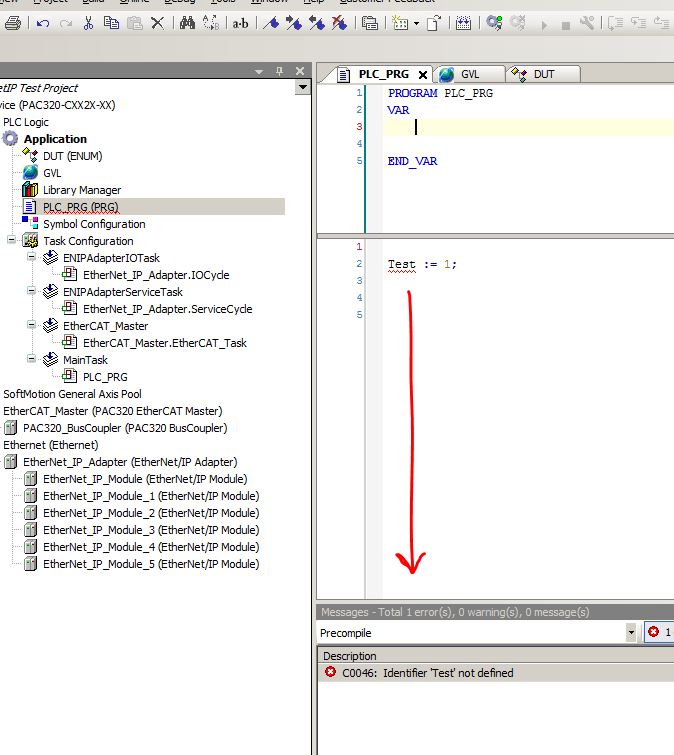 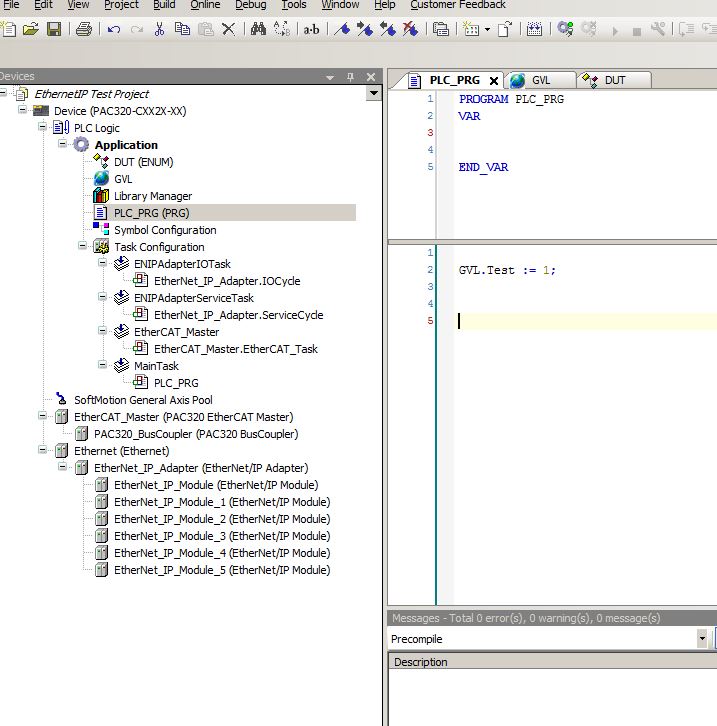 Note - there is a bug in the current compiler (3.5.9.0) with the Auto Declare dialog in that it doesn't prefix the namespace as the pre-compiler syntax check expects.  Simply add the prefix namespace or see the alternative solution described above to remove this pre-compile requirement.