After applying Windows Update KB4577586, Interact Xpress Manager 4.2 has stopped working and give an error that Flash Player is not installed. 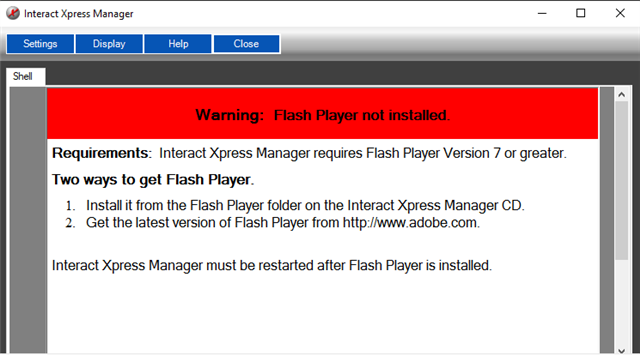 Here is the workaround:

The above link is a file named FlashFix.txt.  Change the extension to .bat and right-click.  Select Run as Administrator.

NOTE: You must run the batch file as an administrator or it will not work correctly.

If this doesn't work, check with your IT department that you have admin rights and it's not being blocked by User Access Policy.

This has shown to fix the issue caused by the Windows Update.