Applications will often require variables that retain their value between power cycles. The programmable Compax3 (T30, T40) offers this functionality through the use of RETAIN variables in the Codesys program.

Retain variables are declared as follows:

In the variable declaration window type "VAR RETAIN" and then close by typing "END_VAR", as shown below:

Any variable placed in this section of the declaration editor will have the same value upon power up that it did when powered down.

The Compax3 has a limited amount of memory available for retain variables. The limits are shown in the chart below: 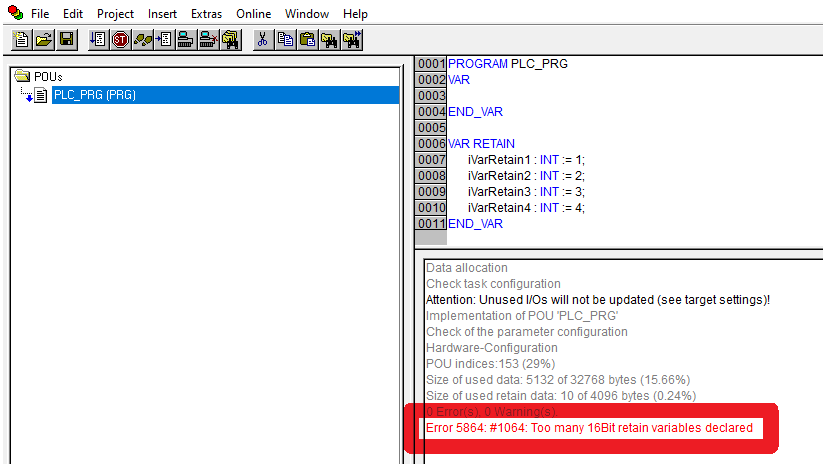