Running MotionPlanner on Windows 7 or Windows 10?

MotionPlanner will not work in Windows 10.

There is no ongoing development for the old product lines which that use Motion Planner. It is a very mature product and on is slowly counting down to obsolescence. We do not recommend using the GV family in new applications, only as replacement of existing equipment. 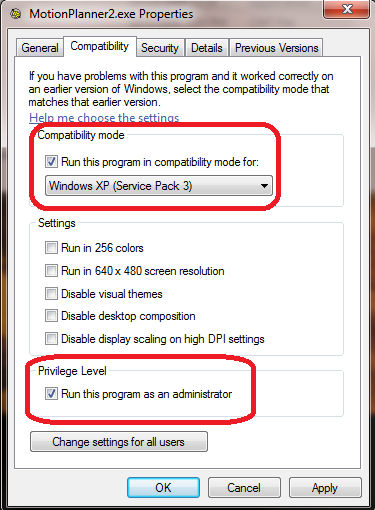 After installing the above file you may encounter another error when opening help :

To eliminate this error, on the same MS download Center page as above, find the section

"How to enable macros on a single computer after you install WinHlp32.exe"

and run the FixIt.

With Win10, Motion Planner will seem like it can upload/download but will not work. On upload, it'll list the memory but not the programs to select:

There is not a way to fix this easily. Use Win7 or WinXP computer (standard or virtual).