Related FAQ: How to View or Monitor any Object in Optimization (Activate Object Tree)

The object 2100.2 has a subindex of 2. This is written to one time when the Execute is triggered (rising edge). 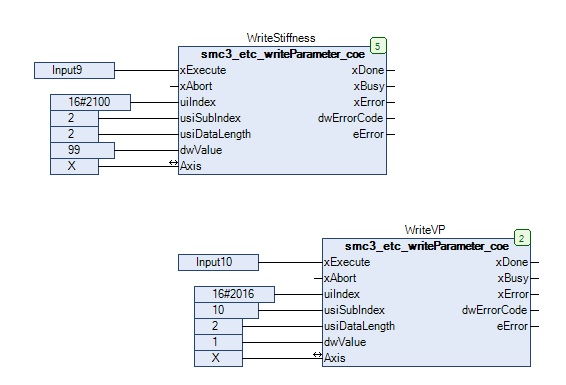 From the C3 ServoManager online help:

Note this object is only Valid after VP. Thus the ValidParameter_Global [210.10] CANopen Index 0x2016.10 also needs to be set to a non-zero value. This allows multiple tuning gains to be changed and then only takes affect when the VP is triggered.

Note tuning gains will revert to previous values after cycling 24vdc C3 logic power unless a Write to Flash [20.1] CANopen Index 0x2017 is set to non-zero value. Note a flash write limit of 100,000 cycles as per C3 help. 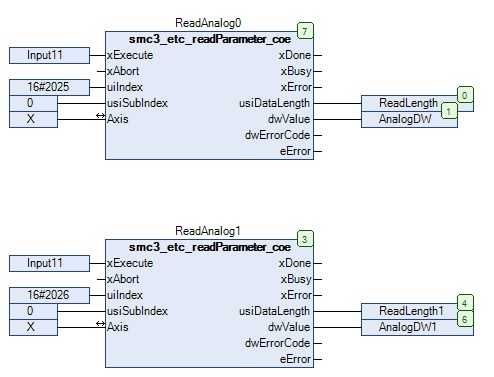 This is "% rated current" divided by 100. This is the motor's rated current at rated speed.  Within the C3ServoManager, this info is on the Motor screen in the I31T11 configuration:

Users can write to these as well as reading these. However, they do require a Validate Parameter (VP).

The Compax3-I31 object needs to have a CANopen number assigned to this as part of the firmware in the C3.