For precision positioning, servo drives & motors, and stepper drives & motors can typically both do the same application but both have their own considerations: 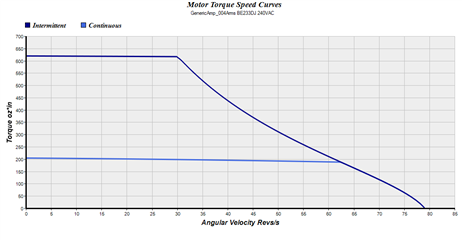 No dithering. At standstill, they hold position very well. The position is maintained by the current from the drive.
If some external force tries to move the motor out of position, it'll resist up until the holding torque of the step motor.

High torque at low speeds, less need for a gearbox.
Simple operation. Only 2phases (4wires) connected to the drive. Want to swap the direction? Power down and switch A+ and A- wires, no need to change it in the software.
Stepper drives (drive only) typically configured with dip & dial switches, no software needed, making them easier and faster to get up and running.
No tuning necessary. Step motors/drives do not need to be tuned.
Inherently more failsafe than servo motors.
An intermittent or open connection on one of the step motor's 2 phases can cause slip of a couple degrees at standstill and in motion, rough motion.
An intermittent or open connection on a servo motor can cause a runaway. A failure on an encoder feedback wire for a servo motor can lead to a runaway if encoder failure isn't designed into the drive.

Without an encoder, step motors are inherently lower cost than a servo motor.
Step motors are shorter length and offered in smaller sizes than servo motors.
Standard sizes. Most in North America are NEMA standard dimensions. We've full range of sizes and lengths.
Cannot overload a step motor by having too large an inertial load. The drive regulates the current to the step motor and this doesn't increase into a range where the motor winding could be damaged.
If the step motor stalls, the rotor loses sync with the stator and position is lost but the motor is not damaged.

Drawbacks:
Step motors can stall and lose position. If an external friction (part misfed in the machine for example), the controller wouldn't know it and the controller will keep commanding motion to motor.
The torque of the motor would be based on the speed (see speed-torque curve).
When this happens, the step motor makes a loud noise as the current is still going through the motor's stator coil but the rotor has stalled.
Stalling a step motor does not damage the motor; it's just lost synchronization between the rotor and stator and thus the motor position is unknown.
High performance machines such as packaging typically do not use step motors because of this, unless the loads and moves are very well known and consistent.

Limited speeds. Stepper motors have high torque up to 7-10rev/s (420-600rpm) and then beyond the knee-bend of their speed-torque curves is a constant power curve decrease.
Depending upon the motor winding and the drive's bus voltage, top speed could be 20rev/s (1200rpm) to 50rev/s (3000rpm), although torque available at higher speeds is limited.
If constantly starting and stopping though with short moves, you may never need or reach higher speeds.
However, if using a gearhead for torque multiplication or higher sideload capacity, the input speed required to satisfy the application may be beyond the motor's speed range.

Mid-range resonance step motors, requires traditionally 50% extra torque margin when sizing motor.
These are speeds at which the step motor's natural frequency is excited and there are 3 speeds between 1-5rev/s where the motor is resonant. This is not a function of the load or mechanics but the step motor.
Running the motor at slightly different speed even a change of 0.2rev/s (12rpm) can help greatly.
Microstepping helps as does other drive control techniques (anti-resonance, electronic viscosity / active damping).
Most gearheads and actuators/precision stages have enough friction to help dampen these resonances to some extent.
Step motors are noisy at higher speeds as they are running full current (when in motion).
Motor needs to be sized for 50% extra torque so the motor has the torque to overcome mid-range resonance and have enough torque to position the motor.
This can be less if the drive has anti-resonance or other advanced smoothing features (electronic viscosity or active damping).

Case temperatures can be hot. Motor heating at standstill while not in motion can be reduced with many drives with current foldback.
This will reduce holding torque at standstill but if not commanding motion, very little torque is needed to hold position.
If there's a vertical load or if some applied load is back-driving the motor (springload, compression from part insertion, etc), current foldback could cause loss of position if the load is more than the motor's reduced torque.

Step motors can be wired in parallel to increase the speed. As the motor resistance is decreased, the drive current is increased (doubled). The motor is still limited in its ability to dissipate heat.
When running the step motor in parallel above the knee-bend of the speed-torque curve it needs to be limited to 50% duty cycle typically because of increased motor heating.

Step motors do not handle dynamic load changes well. Motor sizing would need to be considered for the different load conditions with their worse case move profiles.

Step motors limited to NEMA34 size for the most part. (NEMA42 step motors aren't cost-effective and not widely available.)

Encoders on steppers can be controlled with a few different methods:
1. Stall detection
An encoder can be used for stall detection. The position is open loop stepper but if the controller doesn't see the encoder changing while commanding motion, this can indicate the motor has stalled.

2. End of move corrections (position maintenance)
Closed-loop steppers traditionally use the encoder with stall detection and then at the end of the move will look at the encoder position compared to the commanded position and then do a correction move.
It will continue to monitor the encoder position when motion isn't commanded and do corrections.
It does not dynamically change the motion (number of step pulses to the drive) after the move has already started based on the encoder feedback.
Tracking error can still be monitored as the controller is configured for the number of encoder counts it should receiving for the stepper counts.

Stepper with encoder (servo)
Some drives will run the step motor with an encoder like a servo motor.
Dithering at standstill will depend upon the drive and the implementation.

*The eCL series drives switch between stepper mode and servo mode automatically. At standstill the motor is kept in stepper mode but if the you turn the motor shaft it'll resist like a servo as it sees the position error corrects and then switches back to stepper mode at standstill.
The eCL at standstill does not hunt for an encoder position. It is a feature especially useful in applications such as nanotech manufacturing, semiconductor fabrication, vision systems, inspection stations and ink jet printing in which system oscillation and vibration could be a problem

Advantages:
Closed loop accuracy.
Reduced motor heating.
Reduced end-of-move ringing resulting in faster settling times.
Drive can boost current to the motor as encoder is monitored.
High starting torque of a step motor.
As the motors driven like a servo with feedback, the motor does not need to be oversized like a step motor.

Disadvantages:
High speeds are still limited based. Since the motor is runnng at full-current all the time, motor resistive (I2R) losses are decreased. However, step motors (1.8degrees) still have 50tooth rotors are a very high pole count and the spinning losses are still there which inductively heat the stator coil as the rotor is spinning and limits the current into stator coil thermally.
Servo motors have lower pole counts (typically 4 - 8 poles) and thus do not have the high spinning losses step motors have.
Further example: direct drive rotary motors are higher pole count servo motors and they are limited in speeds too.
Incurs the cost of the encoder and encoder electronics.
Few manufacturers of this type of drive. Drives/motors are matched (can't use third-party motors).

Encoder resolutions are typically lower than what's offered on a servo motor.
Only incrementals are used as absolute encoders require more complicated electronics to read the absolute encoders which adds cost to stepper drives which are cost-sensitive in nature.

Servo motors:
At standstill, if you try to turn a servo motor shaft, the servo controller sees the encoder change and then commands current from the amp to correct for the postion error.

Advantage:
closed loop accuracy
higher speeds (5000 - 7500rpm speeds depending upon the motor winding, drive voltage; higher speeds beyond 7500rpm possible)
faster settling times than open loop steppers
both Allow more throughput of the machine.
Peak range of the servo motor gives up to 3x the motor torque for short periods of time to overcome friction.
High power density, high torque and speed for a given size
Draws power as needed during operation automatically. Can be over 90% efficient at higher speeds, decreasing cost of operation/energy.
Servos case temperature much much cooler than steppers
As servo systems can handle wide range of dynamic loads as compared to a stepper. if the inertial load is large, a gearbox is needed.
full range of different sizes
absolute encoders as standard options eliminating the need for homing, higher resolutions increase motor stability, auto-configuring some servo drives.
use more of the motor's torque to accelerate the load, no need to over-size the motor
(10% factor of safety with 10% winding tolerance = 20% factor of safety recommended)

Disadvantages:
Where cost is the only factor, servos are still more expensive as there's more parts
Servo systems need to be tuned and an engineer is needed for startup, trained in using the drive's software.
Many different sizes of servos, both in ISO (metric) and Nema with wide range of shaft sizes.
Some servo systems can potentially run away if feedback fails (encoder cable, encoder itself or encoder input on drive). Modern drives though monitor the encoder feedback and fault when this occurs.
Can dither at standstill if some external force is moving the load out of position or in inspection/microscope applications

For rotary vs linear motors:
If high starting torque (stiction) compared to running torque, motor may oscillate about final position unless deadband is programmed.
An open loop stepper system wouldn't dither but final position may be off in this situation.
In either of these, a direct drive linear motor may offer higher accuracy.
Linear motors offer higher speed and higher resolution and accuracy/repeatability, but are most expensive solution.